“Continent must ‘fix’ itself” For more African teams to make World Cup? 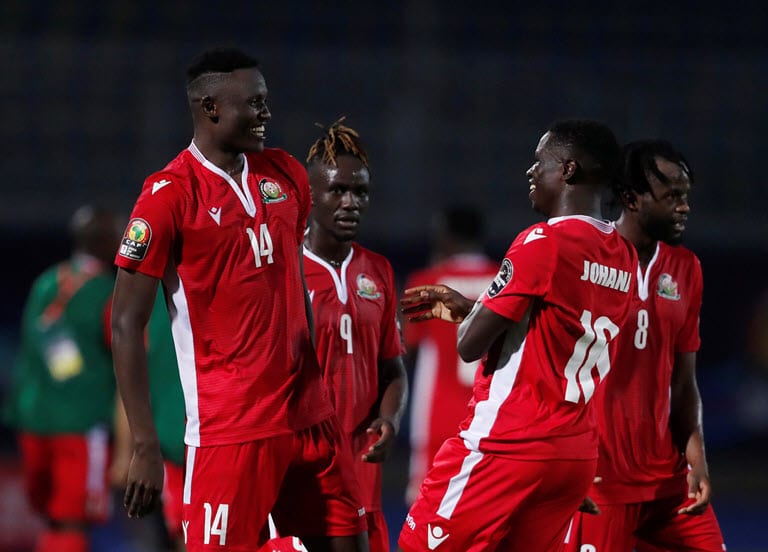 Numbers game: Should Africa have more teams at the World Cup? Africa has 54 FIFA-affiliated nations, but only five spots. Europe, with 55 members, gets 13.

Harare, Zimbabwe – Only five out of the 32 teams that will take part in the 2022 World Cup in Qatar will be from Africa despite the continent having 54 member nations in FIFA, football’s world governing body.

Europe – while geographically smaller than Asia, Africa, North America and South America – will have the highest number at 13.

Europe is the largest bloc in FIFA with 55 countries. It has topped the list of participants throughout World Cup history.

It has also been the most successful region in the history of football’s showpiece event with 12 titles.

How does it add up?

If size does not matter, does a region’s success determine the number of berths it gets?

The numbers game for the World Cup is not as simple as it seems.

Asia typically has one slot less than Africa but sometimes gets five places courtesy an intercontinental playoff that gives regions a possible extra berth. At the 2018 World Cup in Russia, Australia – which falls under the Asian Football Confederation (AFC) – won a playoff against Honduras to give the AFC a fifth slot.

This time, Australia have again qualified through a playoff win, beating Peru. With Qatar automatically in the World Cup as the host nation, Asia has six teams in the tournament.

The Confederation of North, Central America and Caribbean Association Football (CONCACAF) will also have four teams this year.

Which time for Africa?

“It’s unfair,” Mboma told Al Jazeera. “Look at South America. Only 10 nations involved [in the qualifiers] and 4+1 spots available. That gives Argentina or Brazil, for instance, the best chances to get experience and increase the gap with other nations throughout the other continents.”

The “4+1” he referred to was regions, apart from Africa and Europe, getting an opportunity for an extra slot from playoffs.

Peru would have become the fifth side from South America if they had beaten Australia in the playoff.

Mboma, a former African Footballer of the Year, featured in two World Cups (1998 and 2002). He is also best remembered for helping Cameroon lift back-to-back Africa Cup of Nations trophies in 2000 and 2002, in addition to winning gold at the 2000 Summer Olympic Games in Sydney.

The 51-year-old, who once held his country’s goal-scoring record in international football, said that four slots from the initial qualification competition is a raw deal that hands an unfair advantage to certain countries on the continent.

“We have 54 member associations,” said the former Paris Saint-Germain and Sunderland striker. “The favourites of the [qualification] competition will always remain the same, the ones who have more experience in the history of the World Cup.”

Continent must ‘fix’ itself

While many on the continent would like to see the inclusion of more teams from Africa, those in the footballing community are aware of the deficiencies.

Aaron Mokoena, who captained South Africa at the 2010 World Cup on home soil, said the continent must “fix” itself.

The former Blackburn Rovers and Portsmouth defender criticised countries whose stadiums were banned by FIFA and the Confederation of African Football (CAF) for not meeting key standards.

Security for spectators remained poor, and medical and technical facilities on the grounds were inferior.

“I think it’s important for Africa to have more teams at the World Cup because if we want African players to improve they need to test themselves against the best,” Mokoena told Al Jazeera.

“We need to fix our football before we can ask for more spots at the World Cup. It’s important for us to look into issues of infrastructure. It’s not good to have a national team going to play their home games away. And it’s not just one, two or three countries, several countries on the continent are in that position where they have to play their home games away [due to lack of infrastructure at home].

“Second thing we need to look at is development. If we are going to go to the World Cup with more teams, we have to develop our players. Invest well in development, so that the players can compete at the highest level.”

The World Cup aside, African players have long been “competing at the highest level” in some of Europe’s best leagues and are constantly among the best players in those teams, Mokoena noted.

Bayern Munich forward Sadio Mane – who finished runners-up at the Ballon d’Or awards – has emerged among the world’s best. The 30-year-old former Liverpool star will spearhead Senegal’s attack in Qatar, fresh from helping the Teranga Lions to Africa Cup of Nations glory earlier this year.

“I think five is appropriate, to be fair,” Magogo said. “Because we all know that European football is at a much higher pedestal than football in Africa. And we almost have an equal number of countries.”

Africa has only reached as far as the quarter-finals of the World Cup thrice. Cameroon were the first in 1990, followed by Senegal in 1998 and Ghana in 2010. At the last World Cup in 2018, all five African teams were eliminated in the first round.

The 2026 World Cup will be expanded to 48 teams, which guarantees Africa at least four additional places but Mboma is not entirely convinced.

“It will bring Europe additional spots,” he said. “A third of the squads will be European countries, [so] it remains unequal, and still unfair.

“We understand that it is easier to sell the competition when you have more European countries than African or Asian countries. But it won’t improve the chances to see non-European or South American nations winning the tournament.”

Cameroon, coached by Rigobert Song, is one of Africa’s best hopes in Qatar. Fellow West African sides Senegal and Ghana have also qualified, as have Morocco and Tunisia. Egypt and Nigeria are the only absent teams from the 2018 edition, replaced by Cameroon and Ghana. 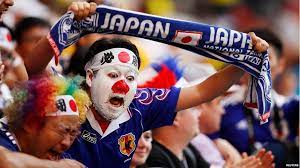 This side could become only the second Asian nation to reach the quarter-finals of a World Cup. Kago... Read More 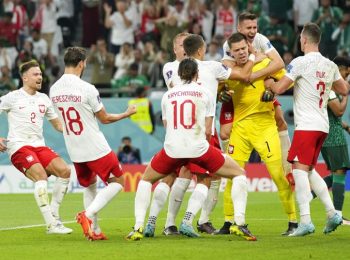 Eight more teams are in contention today, in their last games of the pool stage of the competition, ... Read More 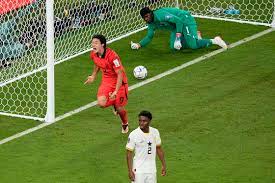 Match report as Ghana register their first win of the tournament, keeping their hopes of qualifying ... Read More