Sparkle of joy for Ukraine in World Cup play-off 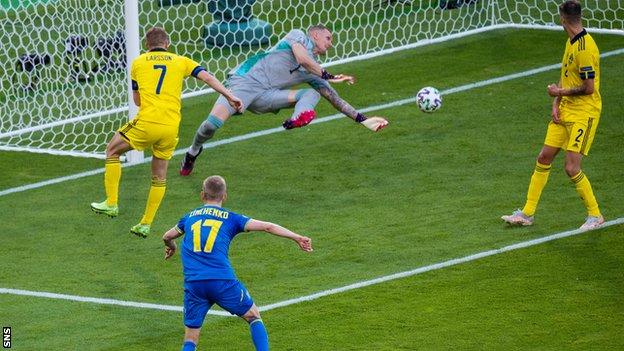 Scotland 1-3 Ukraine. They strode purposefully into the Hampden sunshine with Ukraine flags draped over their shoulders, the hopes of a traumatized nation in their hearts, and the eyes of the world upon them. Wearing bright yellow, Ukraine’s players brought a sparkle of joy back to their war-scarred country as they poured their soul into achieving an epic victory and maybe, just maybe, claiming an unlikely place at the World Cup finals. Grueling, intense and – despite having to cling on a little on in the closing stages as Scotland rallied – fully merited. Fueled by emotion, it seemed Ukraine took on superhuman powers at times. Andriy Yarmolenko has never been known for his sprinting abilities but blazed past a dawdling Scotland defense to dispatch a precise lob over Craig Gordon. It sent the 3,500 visiting supporters into raptures and his side on their way to the World Cup play-off final against Wales in Cardiff on Sunday. When he made it back to the halfway line, Yarmolenko sank to his knees and pointed to the heavens. Behind him, those Ukraine fans were a sea of limbs as months of pain, anguish, worry, fear and frustration came spilling out. By full-time, with Artem Dovbyk’s breakaway goal having finally made sure of victory, the visiting support and team celebrated as one. Those fans were not for budging, long after Scotland fans trudged out having sportingly applauded the victors. It was in keeping with an occasion marked by solidarity and poignancy. Ukraine supporters – plenty of women and children among them, including a group of invited orphans – had begun filing into the ground hours before kick-off. The atmosphere outside Hampden pre-match was one of effervescent bonhomie. Even the weather turned up for the occasion as a dreich Scottish summer gave way to blue skies and sunshine. The senses tingled in anticipation. Fans mingled happily. A teenage Scot, draped in a Saltire, made it his mission to fist-bump every opponent he encountered. A Ukraine supporter bounded up the front steps and waved her country’s flag proudly above her. On those same steps, a local Glasgow choir joined visiting fans to sing the Ukraine national anthem. A tricky number to master, apparently, but 12 days of cramming and Duolingo practice paid off with a rousing rendition. Even the half-and-half scarves – usually a mocked totem of modern football – were doing a roaring trade. A stallholder tending his wares in the vicinity of the ground remarked: “They cannot get enough of them. I brought five times as many as normal and still running low.” Gradually, the surrounding areas emptied as the noise cranked up inside Hampden’s cavernous bowl. Ukraine players stood arm in arm for the their national anthem, which was warmly applauded by the whole stadium. A banner with the message ‘peace’ lay a few feet in front of them. Regardless of nationality, it was impossible not to feel a lump in the throat. Craft & graft ensure it is Ukraine’s night
Once the whistle blew, sentimentality and solidarity went out the window. There was a game to be won. The ferocity with which both sides flew into tackles in the opening stages showed no quarter would be given. Ukraine were the side supposed to be hampered by ring-rust, with six of their starting XI having not played a competitive game this year. Yet the visitors bossed the first half, their slick interplay leaving Scotland floundering. By the time Yarmolenko dinked in the opener, Gordon had rescued Scotland with a couple of splendid saves to deny Viktor Tsygankov and Yarmolenko. The Scots had the chance to regroup and reorganize at half-time, but were soon staring at a 2-0 deficit. As Roman Yarmechuk’s header nestled in the net, there was only one place the striker was going. A sprint and leap over the advertising hoardings later, he was wrapped in the ecstatic embrace of Ukraine fans packed into the corner of the ground. The incredible tempo – and lack of preparation – began to take a toll, though, on weary Ukraine legs. Fatigue set in as Scotland threw caution to the wind and hammered away at the visiting defense. There was a collective gasp of relief from Ukraine fans as John McGinn somehow screwed his header wide from six yards out, bang in front of goal. Ukraine still had plenty of work to do, especially when Heorhiy Bushchan – the goalkeeper now looking like a rabbit in the headlights – flapped at Callum McGregor’s effort and the ball spurted into the net. The visitors were hanging on, putting their bodies on the line and throwing themselves into challenges. Dovbyk ought to have restored their two-goal lead, only to botch a golden chance as McGregor scurried back to make a crucial intervention. Yet for all Scotland’s gallant effort, this was to be Ukraine’s night. Dovbyk made no mistake when he galloped clear a second time, scoring with the last kick and kissing the badge on his jersey as Ukraine move on to Cardiff on Sunday, where they face Wales for a scarcely believable place in the World Cup. 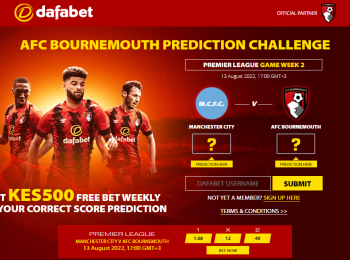 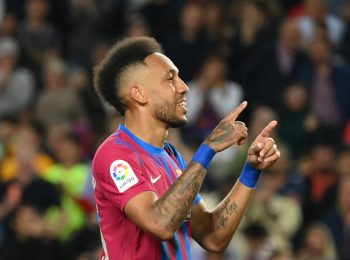 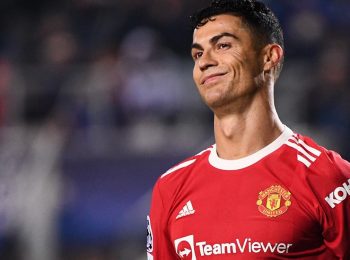