Floyd Mayweather has revealed his plans, including a second fight with MMA star Conor McGregor: “Me and Conor McGregor in 2023…We don’t know if it’s going to be an exhibition or a real fight. But there’s been talks of both. I would prefer an exhibition.”; McGregor says ‘not interested’

The undefeated retired boxer, who fought MMA star McGregor in 2017 in a boxing showdown, was discussing his next moves ahead of this weekend’s exhibition bout with Japanese mixed martial artist and YouTuber Mikuru Asakura.

“I want to go out there this weekend and have fun. Then I have another exhibition [in] Dubai in November and me and Conor McGregor in 2023,” Mayweather told The Daily Mail.

“We don’t know if it’s going to be an exhibition or a real fight. But there’s been talks of both. I would prefer an exhibition.

“Boxing is my first love in combat sports. I had such a great time the last time I was out there,” he said.

“Obviously, my return will be in the octagon for UFC – that story is far from over, in fact it’s just being written, it is just the beginning.

“But, boxing, for sure I will grace the squared circle again in the future.” 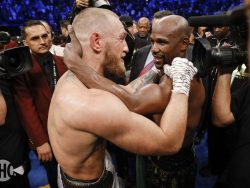 McGregor has not competed since breaking his leg at the start of a trilogy fight with Dustin Poirier in July 2021.

He’s also posted on his only social media channel using an image of himself and Mayweather in the ring, the caption contained a sole emoji and with hashtag ‘not interested’. 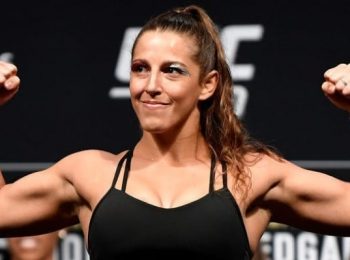 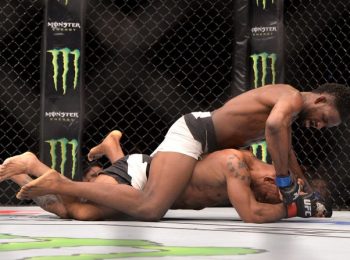 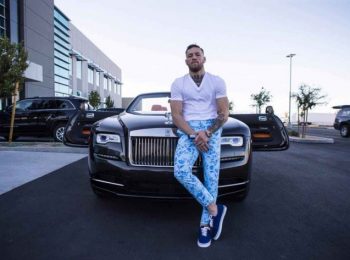